Why Most Cruise Ships are Foreign-Flagged

The simple answer to this question is because there is a 1830s law on the books that states that foreign-flagged ships are not supposed to transport passengers from one U.S. port to another without stopping in a foreign country. The law was established to protect U.S.-flagged cruise lines, unfortunately the law is outdated.

The more complicated answer is that there are very few U.S.-flagged cruise ships for a number of reasons, mostly relating to finances. To be classified as a U.S.-flagged ship, and therefore be able to travel between any U.S. ports, there is certain criterion:

Most shipyards don't build cruise ships, although they probably could if they so chose. They build military ships or smaller ships like yachts. Since there are no shipyards building cruise ships, there can be no U.S.-flagged cruise ships.

So, to be able to still give passengers a cruise to remember, and comply with these laws, foreign-flagged cruise lines have been leaving from a U.S. port, traveling to a foreign country like Canada or Mexico for a short visit, and then returning to the original port. This isn't always the best case scenario for those interested in a cruise, however. Some want to go on a short cruise, and these cruises that include foreign ports are often longer than most passengers would like.

From 1908 through the 1950s there was a U.S.-flagged ship that carried passengers from San Francisco to Honolulu. 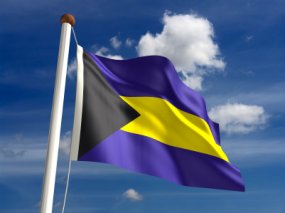 That was before expenses to build and run U.S.-flagged ships rose to the point it wasn't practical anymore. It was also before the popularity, and economy, of airline travel. This service died a painful death in the mid 1970s and has not been revived.

Norwegian Cruise Line did register a ship in the United States, but it wasn't entirely built here although a few pieces of it were. These pieces were built by American Classic Voyages, but the company went bankrupt and Norwegian Cruise Lines purchased the pieces at a reduced rate. Because of technicalities, and the U.S. government recouping some of the money they subsidized American Classic Voyages, the ships were allowed to be registered in the United States. The main assemblage of the cruise ships were completed in Germany.

Are there other reasons why most cruises are on foreign-flagged ships? Part of the reason is that the market has shifted. South America, East Asia, India, and the Mediterranean markets have opened up. Until, or unless, more cruise lines are built and registered in the United States, it doesn't look like foreign-flagged cruise lines will be changing.

Of course, the main reason, cost of building cruise ships in the United States, will continue to be a deterrent to changing the registration and flagging of ships. Since it doesn't look like the cost of building ships will reduce any time in the near future, it looks like anyone choosing to go on a cruise will do so on foreign-flagged cruise ships.

So how does this affect your cruise ship job search? Well, the major factor is that cruise lines do not have to abide by United States labor laws for their foreign flagged ships that also sail to international ports of call. This means that the cruise lines are free to hire people from just about any country in the world. This is a reason why on certain ships much of the crew is from a variety of countries which adds to the overall experience of working on a cruise line and making friends with people from all over the world.

Start Your Cruise Job Search Today!
There are thousands of open jobs right now. Simply click the button below to start your job search.
Start Now!
Not a Member?
Join CruiseJobFinder!
Get Started!
Total Open Jobs
6,038
Jobs by Category